Some of the parishes within the Birmingham Diocese have gathered together to live stream their Masses, so you can still access a Mass even if not in person. Please click on the image below, which will show you which parishes are live streaming and when their Mass times are: 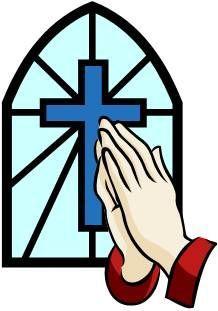 Part of the Archdiocese of Birmingham Charity number 234216

In 1811 a community of Benedictine sisters, originally from Ghent in Belgium, settled in Caverswall Castle from Preston. They first created a chapel in the castle itself, but in 1812 the first Catholic chapel in Caverswall since the Reformation was built. It was opened by Bishop Milner on 26th Jan 1813.

The community hosted many great leaders of the Catholic community at the time, including Bishop Milner and Blessed Dominic Barberi. They founded a girls school that drew pupils from all over the Midlands, and eventually moved to Oulton. Catholics from Meir and Lane End (Longton) had attended mass at the convent until a separate chapel in the town was built for them in 1820.

In 1864 the present church of St Filumena was opened for the people of the area of the present parish covering Caverswall and Weston Coyney and most of Blythe Bridge.

“A fancy fair and gala were held in the grounds of Caverswall Castle, the residence of J.P. Radcliffe Esq on Monday last, the proceeds of which will be devoted to the funds of a new Catholic church which it is contemplated to erect at Caverswall. The bazaar, which was held in what was formerly the moat of the castle was furnished with a large and beautiful assortment of the articles generally contributed on such occasions and was very extensively patronised by an influential party of visitors, numbering from 900 to 1000.”

(Article from the Staffordshire Advertiser Newspaper, published on 20th September 1862).