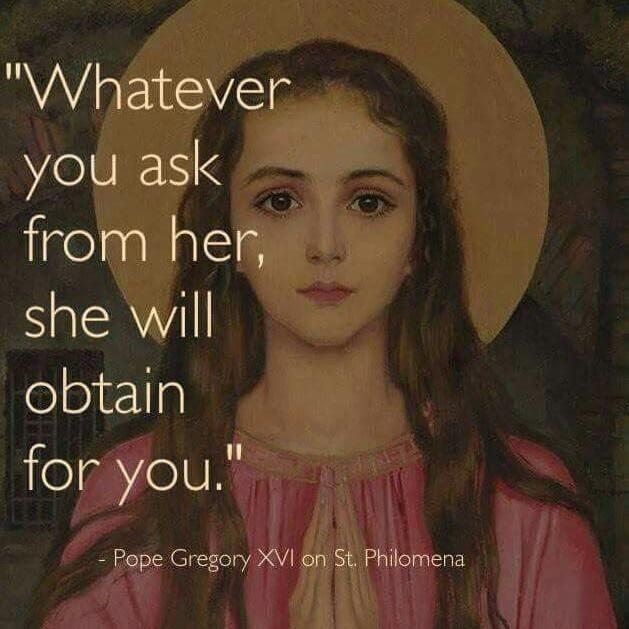 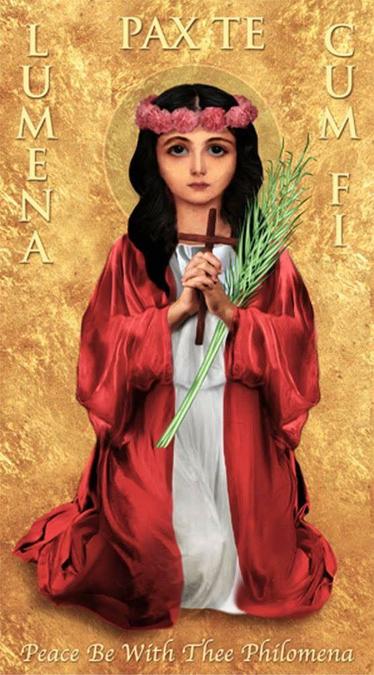 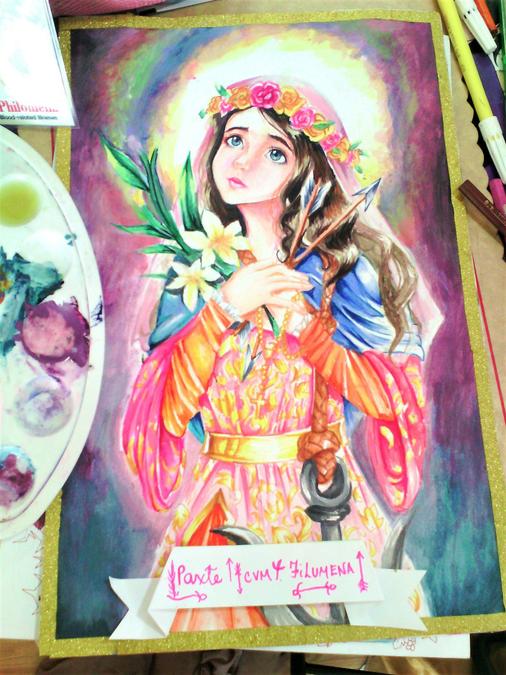 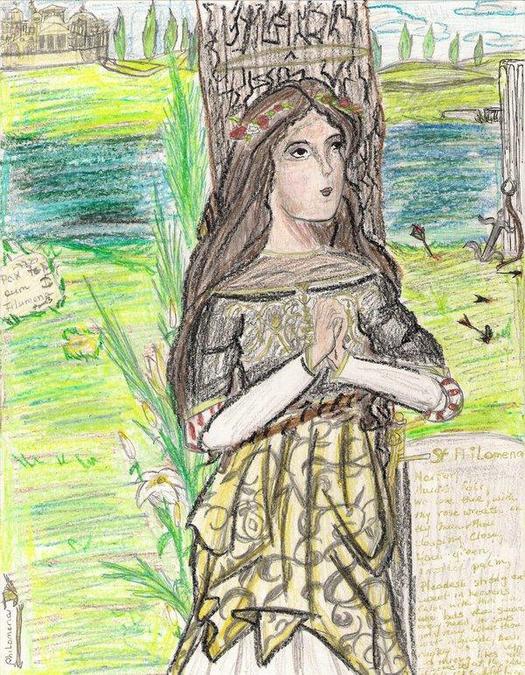 Little is known about the life of St. Philomena. However, it is believed she was a Greek princess who became a virgin martyr and died at 13-years-old.

Remains of a young lady were discovered in May 1802 at the Catacombs of Priscilla on the Via Salaria Nova with three tiles reading "Peace be to you, Philomena."

All that is known about St. Philomena's life comes from a Neapolitan nun's vision. Sister Maria Luisa di Gesu claims St. Philomena came to her and told her she was the daughter of a Greek king who converted to Christianity. When Philomena was 13-years-old, she took a vow of consecrated virginity.

After her father took his family to Rome to make peace, Emperor Diocletian fell in love with Philomena. When she refused to marry him, she was subjected to torture.

St. Philomena was scourged, drowned with an anchor attached to her, and shot with arrows. Each time she was attacked angels took to her side and healed her through prayer.

Finally, the Emperor had Philomena decapitated. According to the story, her death came on a Friday at three in the afternoon, the same as Jesus.

Two anchors, three arrows, a palm symbol of martyrdom, and a flower were found on the tiles in her tomb, interpreted as symbols of her martyrdom.